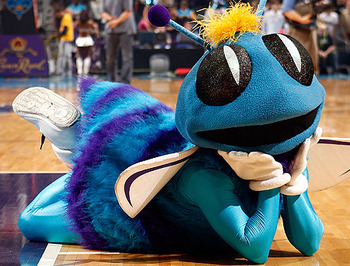 As a Hornets fan, I was kind of ok with the rebranding when I first heard about it. But then I thought about it. Why change the name? Many people are saying the Hornets name has a lot of baggage and still has ties to Charlotte or that there are no hornets in New Orleans. Well, my argument to that is this: The Utah Jazz are named the Utah Jazz. There’s no Jazz in Utah and the team is from New Orleans. No matter how much baggage that team had, they’re not mistaken for the New Orleans Jazz anymore. That’s the same thing that will happen for the New Orleans Hornets. The Hornets are New Orleans’ now. Buzz fest, Bee-Fense, the Hive are all a part of New Orleans, Louisiana and the Gulf Coast.

We’ve spent years thinking that we were going to lose our team to contraction or relocation. Now that we know we have them here for the long haul, let’s focus on other things that are more important than a name change such as a TV deal so local fans can watch every game.

Many cities have gained teams without changing the teams name once they moved and many teams have names that have nothing to do with the city they’re in. For example:

They all moved and have no issues with the names.

So you say there are no Hornets in New Orleans so the name doesn’t go with the team?
But…

Memphis doesn’t have grizzly bears, Charlotte…no Bobcats, Toronto sure as hell doesn’t have any raptors and the list goes on.

One of the league’s favorite and most band wagon(ed) team falls into both categories. The team moved to L.A while the city kept the name that really has nothing to do with them and the name basically sucks (Lakers was the name of a type of cargo ship used on the Great Lakes and the Mississippi river. The name was selected when the franchise was located in Minneapolis).

I, like thousands of other people, will be just fine without a name change.
I’m in for good, and Hugo should be too. Let’s keep the Hornets the Hornets. 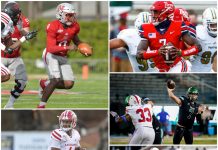 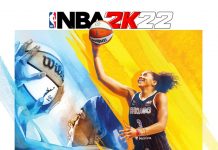 WNBA Who Did it Better?! Arike vs Jewell Buzzer Beaters

A Few Things I’m Looking Forward To This WNBA Season

Freshest NCAA Football Posters So Far For The 2017 Season

ABOUT US
Yesiball is your Sports site that highlights charity events, fresh uniforms and the athlete. We provide the positive and fun side of the world of sports. Contact - Dee@yesiball.com
Contact us: Yesiballsports@gmail.com
FOLLOW US
© Yesiball