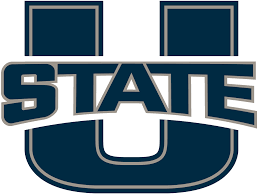 LOGAN, Utah – Utah State women’s basketball head coach Jerry Finkbeiner announced on Friday the team’s participation in a foreign tour in Mexico from August 10-18. The tour includes stops in Tulum, Mexico, and various stops on the Island of Cozumel, including Punta Sur and Chankanaab.

The tour is organized by Summit Institute Inc., an organization who coordinates team tours and coaching clinics for women’s basketball in Mexico and across the Dominican Republic.

“We are delighted to be going on this trip,” Finkbeiner said. “It is top-of-the-line in terms of the cultural and basketball experience. We will be ambassadors for the game of basketball and for USU at many levels. We will be received with great hospitality and with a celebrity status that our athletes will remember for the rest of their lives.”

The Aggies will compete against four teams from Mexico, including Guadalajara, Puebla University, Toluca Tech and the State of Quintana Roo All-Star team. All games in the tour will be played at the PolyForum in Cozumel, Mexico. The competition for the tour is organized by the sports federation of the state of Quintana Roo.

The tour allows the team to report earlier than normal and affords 10 extra practice days. The team will report to campus at the end of July. All players will be eligible to compete, including Utah State’s five incoming newcomers: Faith Brantley, Elli Emrich, Kamalu Kamakawiwo’ole, Shlya Latone and Jocelyn Polansky. 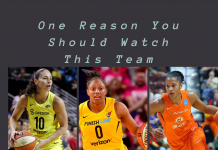 Are You A New WNBA Fan? Here’s One Thing To Watch From Each Team

A Few Things I’m Looking Forward To This WNBA Season

Are You A New WNBA Fan? Here’s One Thing To Watch...

The Dallas Wings Took Flight And Landed On A ‘W’ vs...

Freshest NCAA Football Posters So Far For The 2017 Season

ABOUT US
Yesiball is your Sports site that highlights charity events, fresh uniforms and the athlete. We provide the positive and fun side of the world of sports. Contact - Dee@yesiball.com
Contact us: Yesiballsports@gmail.com
FOLLOW US
© Yesiball